Day 4 – Monte Sant’Angelo / Cavern of St. Michael  -  Monday , March 4
Today we will have a full day's excursion to Monte Sant'Angelo.  This quaint village made holy and famous to Christians by Saint Michael the Archangel who appeared here in the 5th Century for the conversion of pagans.  It was also the site where the Crusaders came to pay homage before their departures to the east. We will visit the Grotto of Saint Michael the Archangel, a pilgrim site since the 5th Century. The sanctuary has been a popular place of pilgrimage for many centuries: St. Francis of 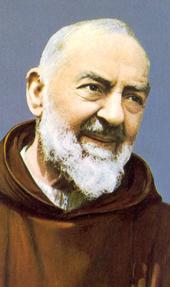 Day 8—Rome — Friday,  March 8  Free Day
Entirely free day in Rome.  Anyone wanting to visit other sites on your own or take a day excursion outside of Rome, please contact our office for assistance.  We are happy to help you!  Overnight in Rome.

Saint Mary Major (Santa Maria Maggiore) The largest church in Rome dedicated to the Virgin Mary, hence the name, and one of the first to be built in her honor, Santa Maria Maggiore is located on Piazza Esquilino, not far from the Termini train station.  It is the only basilica among these four to have preserved the Paleochristian structure of the 5th century, even though it underwent several makeovers and additions externally.  It closely resembles a 2nd-century imperial basilica, imposing in its aspect, perhaps to signify Rome’s Christian future.  Under the high altar is the Crypt of the Nativity, with a crystal reliquary said to contain wood from Jesus’ crib.

Farewell Supper included (with wine, water and coffee) and overnight in Rome.

Assisi, St. Bernard of Clairvaux, St. Bridget of Sweden, St. Gerard Majella, St. William of Vercelli and six popes have made the pilgrimage here to ask for St. Michael's protection. Mass will be celebrated in the grotto. Lunch (on your own) and some free time in Monte Sant'Angelo.  Supper (included), with wine, water and coffee,  overnight in San Giovanni.

This tour is now open to the general public. Please contact us at 908-766-8994 or email louis@fratelliandcompany.com to reserve your spot! 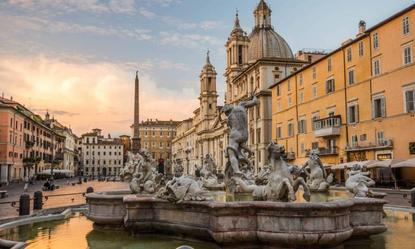 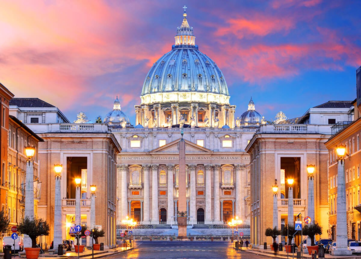 Day 2—Pietrelcina/SGR—Saturday,  March 2
We meet our driver and transfer to Pietrelcina, in the Province of Benevento, birthplace of St. Pio.  Pietrelcina is a small picturesque town made of winding streets, characteristic homes, and beautiful gardens.  There are ancient signs of its remote origins and of places that recollect the birth and life of the Holy Monk. Padre Pio was born Francesco Forgione on May 25, 1887 in Pietrelcina, Italy.  Raised in a pious Catholic family, Francesco entered the friary in 1903 and one year later received the Capuchin habit, taking the name Pio.  He was ordained a priest and transferred to several sites until 1916, when he arrived in San Giovanni Rotondo, where he remained for the last 52 years of his life.  We will visit the home where the Saint lived with his family and the many interesting sites and places that influenced his life.  Overnight in Pietrelcina, supper (included) with wine, water and coffee.  Mass today in Pietrelcina.

Day 6—Loreto / Rome, Wednesday, March 6
This morning after breakfast we will visit the little town of Loreto lies on a hill near the Adriatic Sea, some 13 miles south of Ancona. Since the 14th century it has been Italy's second most important place of pilgrimage after Rome. After a short orientation tour with our guide, explanation of Loreto, the Basilica and the story of the Little House.  We will schedule Mass in Loreto before departing for Rome. Some free time will be available upon  our arrival in Rome. Supper included (with wine, water and coffee) and overnight in Rome.

work of art, to which major Renaissance artists, including Michelangelo, Bramante, Raffaello, Sangallo and Giacomo della Porta contributed. Gian Lorenzo Bernini designed the ample staircase and elliptical square surrounded by columns, which “introduces” the basilica, with the façade by Carlo Maderno.

The Shrine of Padre Pio, which centers on his tomb inside the Church of Our Lady of Grace (Santa Maria delle Grazie). Here you can also see his cell, his confessional, the crucifix from which he received the stigmata, and nearly everything he owned or touched, carefully preserved and labeled. Santa Maria delle Grazie (Our Lady of Grace) is a new church built during Padre Pio's lifetime (1956-59) to accommodate the many pilgrims and worshippers attracted to San Giovanni Rotondo. The east wall bears a splendid mosaic.  Behind Santa Maria delle Grazie is the Padre Pio Pilgrimage Church, completed in 2004 and considered a notable example of modern architecture. In 1940, Padre Pio began plans to open a hospital in San Giovanni Rotondo, to be named the Casa Sollievo della Sofferenza or Home for the Relief of Suffering.  The hospital opened in 1956, and is considered one of the most efficient hospitals in Europe.

Day 5—San Giovanni Rotondo / Lanciano—Tuesday,  March 5
This morning after breakfast we will head north to the city of Lanciano to visit the site of the Eucharistic Miracle of Lanciano.  A Basilian monk, wise in the ways of the world, but not in the ways of faith, was having a trying time with his belief in the real presence of Our Lord Jesus in the Eucharist. He prayed constantly for relief from his doubts, and from the fear that he was losing his vocation. He suffered through the routine of his priesthood day after day, with these doubts gnawing at him. One morning in the church dedicated to Saints Legontian and Domitian in Lanciano, while the Basilian monk was doubting the real and substantial presence of the Flesh and Blood of Our Lord Jesus Christ in the consecrated Holy Species, he begun celebrating Mass in the Latin rite with a host of unleavened bread. During the two-fold consecration, as he held the Holy Host and Wine, his hand and body began to shake. He stood for a long time with his back to the people, and then slowly turned around to them. He said:

"O fortunate witnesses to whom the Blessed God, to confound my disbelief, has wished to reveal Himself in this Most Blessed Sacrament and to render Himself visible to our eyes. Come, brethren, and marvel at our God so close to us. Behold the Flesh and Blood of our most beloved Christ."

Longinus, the centurion who thrust the lance into the side of Jesus, tearing in halves the Heart from which blood and water gushed forth, was from this town. After seeing the events which followed the piercing of Jesus' Heart, the darkening of the sun, and the earthquake, he believed that Christ was the Savior. A more physical sign, however, was that Longinus had poor eyesight, and after having touched his eyes with the water and blood from the side of Jesus, his eyesight was restored. Converted, he gave up the Army and went to Cappadocia where he was martyred for the faith. He is now known as Saint Longinus. His feast is celebrated every March 15.

Mass will be held in the shrine.  Afterwards we will have a break for lunch (on your own) before continuing our journey to Loreto.   Supper (included) with wine, water and coffee and overnight in Loreto.

Day 8– Saturday, March 9  - Departure to USA
We bid a fond farewell to Rome as we depart for Fiumecino International Airport for our voyage back to the USA following a wonderful pilgrimage and cultural visit to Italy.  We arrive home in the evening, meals aloft.

Day 7 —Rome—Vatican—Basilica / Sistine Chapel  -  Thursday,  March 7
The day will begin with mass and then a guided visit of St. Peter’s Basilica and the Sistine Chapel. At 22,067 square meters, St. Peter’s is the world’s largest church; regarded as one of the holiest Catholic shrines, it is a popular place of pilgrimage, even though it is neither the Mother Church nor a cathedral (San Giovanni in Laterano is both).  It is hard to grasp its proportions until you have seen it.  Particularly impressive is its height, 136 meters from the ground to the top of the magnificent dome, the tallest in the world.  According to Catholic tradition, the Basilica is the burial site of the apostle St. Peter, the first Pope and Bishop of Rome.  St. Peter's tomb is  below the high altar.  Many popes have been buried here since the Early Christian period.  A church has been on this site since Roman Emperor Constantine the Great.  Construction of the present basilica, which replaced the basilica of the 4th century, began on 18 April 1506 and was completed in 1626. St. Peter’s Basilica is also famous as a magnificent