Any of the current or past tours can be customized to fit the needs of your specific group. If you would like us to personalize any of our tours or develop a new tour to fit your needs, please email: Louis@fratelliandcompany.com or use the contact form. We look forward to helping you plan a trip of a lifetime. 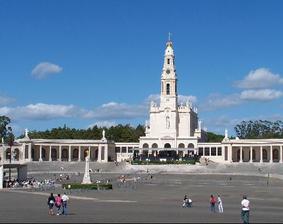 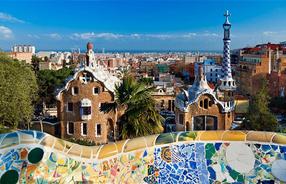 Click the above link for the full brochure in PDF.

Today we board our overnight flight to Portugal, one of Europe’s most warmhearted and hospitable countries. In Portugal you will enjoy a superb climate, the many historic sites, and beautiful scenery of this Atlantic and Mediterranean coastal country. Meals and entertainment aloft.

We arrive in Fatima this morning where our tour will begin in one of the most world renowned religious centers. This is the place where Our Blessed Virgin Mother appeared to the three little shepherd children so many years ago. A place dear to the hearts of all Roman Catholics and Christians alike. (D)

Today, after breakfast, we will join the local parishioners and other pilgrims in celebrating Mass before

visiting the Basilica with its grounds and paying homage at the Tombs of Francisco and Jacinta, the little

Saints that had the extraordinary privilege to see and pray at the feet of the Blessed Virgin. We will then

travel to Aljustrel, where the children lived a meager and peasant life. Then onto Valinhos, where Our Lady

appeared to them after the children’s return from their unjust imprisonment. This afternoon, on a lighter

note, we will travel to one of the most picturesque spots in all of Portugal, the coastal fishing village of

Nazare. Nazaré is an old fishing village. In the old days, before the new harbor was built, the fishing boats

were pulled on to the beach by oxen. We will witness the architectural splendor of the massive Alcobaca

Monastery, was founded in the 12th century by King Alfonso I. Its size, the purity of its architectural style,

the beauty of the materials, and the care with which it was built make this a masterpiece of Cistercian

Gothic art. This evening, enjoy free-time time for devotion and worship. (B, D)

After breakfast this morning, you may attend the early morning Mass before traveling east to Burgos, known as the cradle of the Castile region. The town stands on the banks of the Rio Arlazon with the slender, elegant spires of its famous cathedral rising into the sky. Upon arrival, visit the Cathedral of Burgos, the third largest church in Spain. In 1919, the cathedral became the burial place of Rodrigo Díaz de Vivar (“El Cid”), and his wife Doña Jimena. On October 31, 1984, it was designated a World Heritage Site by UNESCO. (B, D)

After breakfast, Mass will be available before traveling northeast through the Pyrenee Mountains to Lourdes. The place where Our Blessed Mother appeared in the Grotto of Massabielle to the poor shepherd girl, Bernadette. She appeared 18 times between February 11 - July 16, 1858. Beginning December 8, 2007 through the entire year until December 8, 2008 the Church and the city of Lourdes celebrate the 150th Anniversary of the Apparitions and the 154th year of the Defining of the Dogma of “The Immaculate Conception” by Pope Pius IX. This little market town has been a pilgrimage site of world renowned ever since. (B, D)

After morning Mass we will enjoy a walking tour of Lourdes, visiting the places associated with the life of St. Bernadette: the Holy Hill, the local mill, the parish church and the “Cachot” and the chapel where she received her First Holy Communion. Later, at leisure, explore the town’s rich historical and natural heritage and be submerged in the atmosphere that reigned during the apparitions and the spirit of brotherhood that is still present today. Alternatively, you can visit the miraculous baths and be submerged in the waters of Lourdes with the many other pilgrims. “Being lowered into the baths at Lourdes is an act of humiliation and trust, an act of faith”. (B, L, D)

We will celebrate Mass before traveling through southern France’s Pyrenees Mountains to Carcassonne.

The City contains some of the finest remains of medieval fortifications in Europe. Set atop a hill on the

left bank of the Aude River, the city includes ancient ramparts and towers, some parts dating from the

5th century, during the time of the Visigoths while others are from the 11th to the 13th centuries.

Enjoy some leisure time to explore this beautiful, historic town and its medieval atmosphere on your

own. Later, we continue on across the border back into Spain and travel to fascinating Barcelona, one

of Europe’s most popular cities. (B)

Get an in-depth look at Barcelona with a tour that showcases Las Ramblas Boulevard, Columbus Monument, Parc Montjuic, Mila House and Parc Guell. Your tour culminates with a visit to Antonio Gaudi’s masterpiece, “La Sagrada Familia.” La Sagrada Familia is one of Gaudi’s most famous works in Barcelona. It is a giant temple that has been under construction since 1882 and it’s not expected to be completed for between 30 to 80 more years. The afternoon is at leisure for independent exploration or you may join an optional excursion to the quaint mountain village of Montserrat. This evening, join your fellow travelers for a dinner celebrating the end of a memorable tour. (B, D)

Today we bid farewell to this wonderful Pilgrimage and to some of the Holiest places on earth visited by Our Blessed Mother over the last two centuries as we board our planes for our journey home. (B)