Limoncello Tour
Note: This tour will be offered from May 2020 through October 2020. Please click here for the full color brochure. (File will open in a new window). 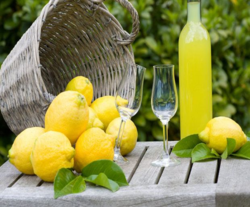 Day 3: Sorrento – Napoli /Fire & Food & Food
The city of Naples is thought to be one of the oldest continually inhabited cities on the planet, but its recorded history began when Greek settlers established colonies in the area during the second millennium B.C. Later, another colony, called Parthenope, was founded by more Greek colonists from the Aegean island of Rhodes during the ninth century B.C. Parthenope eventually declined, however, and the true beginning of Naples (as such) was found in the new Greek settlement called Neapolis   during the sixth century B.C.  Today will be quite an interesting day for all.  FIRE: Pozzuoli / Today we will visit the Campi Flegrei , home of the Roman god Vulcan.  The Phlegraean Fields are a large volcanic area situated to the west of Naples. It was declared a regional park in 2003. Lying mostly underwater, the area of the caldera consists of 24 craters and volcanic edifices.   The name, literally burning fields, referring to the highly volcanic nature of this area. Although none of the volcanoes here are technically considered "active" today, there's still plenty of seismic activity as one can see.

Day 7: Positano– CAPRI – Positano  Capri, the Isle of Lovers
Those of you who have never been there you will soon realize why it is so called one of the most Romantic places in the world.  Its streets are lined with boutiques famous for perfume making and lemon products of every sort imaginable.  YES IT’S TRUE!!!  Lemons on Capri grow as large as grapefruits. A private chartered boat will take us from Positano to the Isle of Capri… approximately a one hour boat ride that offers wondrous views of the entire Amalfi Coast. Along the way we will see the natural rock formations including the Green and White Grottos. After cruising around the entire island of Capri, we will have a couple of hours to take in the sights. Capri is a glamorous island that features high fashion shopping and breath- taking panoramic views. We will  visit the Garden of the Four Seasons  and  Anacapri with its magnificent views, there will be free time for lunch, shopping and leisure before returning to the port to re-board our boat back to the mainland. Tonight a farewell dinner (included) with wine and music will be in order.  Overnight in Positano.

Day 1: NAPLES – SORRENTO
Arrival and pickup at NAPLES, Capodichino Airport or Napoli Centrale Train Station.  After collecting all the passengers we will begin our day with a  panoramic city tour of Naples including Mergellina, Castlel dell’Uovo, the Galleria and Piazza Plebescito.  Some freetime for lunch (on your own) in Naples.  Time permitting we can make a stop for a wonderful Neopolitan Esspresso and the famous “Sfogliatella” pastry invented in this region.  The great theater actor and author, Eduardo De Filippo once said, “When the night falls and your heart sinks deep, eat a sfogliatella and your heart will soar!” The fragrance and scent of warm puff pastry, filled with sweet ricotta cheese and enriched with a few pieces of candied fruit, are delicacies that can bring anyone back at peace with the world and its contradictions.

Tonight supper included will be at a local restaurant with regional seafood dishes; wine, water and coffee included.  After supper tonight we can stroll around the old village of Sorrento for some free Limoncello tastings. Overnight in Sorrento.

Day  5: Sorrento to Positano
Today we’ll depart Sorrento and travel south on the Amalfi Coast Drive to the magnificent city of Positano; which like the legendary Sirens of Li Galli, never fails to seduce. Seen from the sea, Positano is set in a dramatic vertical panorama of colors; the green of the Monti Lattari, the white, pink and yellow of the Mediterranean houses, the silvery grey of its pebble beaches and the blue of the sea. Once a vital part of a mighty sea power, Positano is today a sophisticated resort on the central Amalfi Coast. Moorish-style architecture rises up steep slopes that gaze out on the Sirenuse Islands. Smart boutiques, selling fashions for visitors to display on Grand Beach, abound in the village. And it’s a great base for exploring the area. You'll find everything you could possibly make with the Amalfi Coast's lemons in Positano.  Supper (included) with wine and water.  Overnight in Hotel Pupetto or similar.

simple food.  Today the simple food has come to mean local products and foods typical of the village or immediate local area.  Most Osterias were and still are family owned and run.  Many times you find a room or two in a family’s home transformed into an Osteria.  Supper (on your own) overnight in Sorrento.

Later we will make our ascent to Caserta Vecchia (literally the old Caserta) at the foot of Mount Virgo. This tiny hamlet is a splendid medieval and very well-preserved hamlet founded by the Longobards in the VIII century. This enchanting village, at only 10 km from the Royal Palace of Caserta, was built over a pre-existing Roman hamlet. It offers a great view of the plains of Caserta. You will be mesmerized by its rustic simplicity and the silence in which every house wrapped! The name derives from "Casahirta" (Casa = House; Hirta = rough, hard to reach). 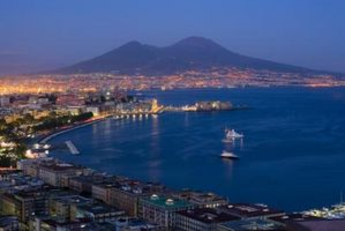 Sorrento Limoncello is known for its quality, and as such, many tourists hope to sample some of this liqueur while in the Sorrento area. As the name would imply, limoncello in general is a lemon-flavored liqueur. It has an alcohol content of 35 percent at the least, and the very best is arguably that which is made from Sorrento lemon peels. Local factories in the Sorrento area employ traditional methods in order to render their special liqueur.

As a digestive, limoncello is typically chilled and served after dinner. That's not the only way that it can be served, however. More and more cocktails are starting to feature it as an ingredient. Among the liqueur's main benefits is the fact that while it imparts plenty of lemon flavor, it is not as bitter or sour as lemon juice.

Day 8—Positano to Naples—Departure Day
Today, we bid not farewell, but Arrivederci (see you again) as you board your transfer back to Naples Airport or Train Station for the continuation of your journey. .  Upon boarding, not only will we be carrying many memories of fun days, wonderfully interesting meals shared with friends, but a bit more culture to add to our already cultured consciousness, but above all the recollection of an impressive and wonderful journey on the ITALIAN PENINSULA.

Today we will have a typical Italian Pranzo (Lunch) with wine and water included.  Today’s gastronomic event will take place in this little storybook hamlet in a medieval osteria.   An osteria in Italy was originally a place serving wine and 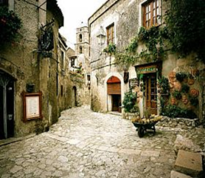 Day 2: SORRENTO  - POMPEII—The SLOPES of MOUNT VESUVIUS
This morning after breakfast we will journey to the remarkable and extraordinary city of Pompeii at the foot of Mount Vesuvius; the volcano responsible for the destruction of this city and the surrounding area of the Bay of Naples. Pompeii lay under ashes and lava for almost 2000 years until it was discovered in the 19th century.  Here, we can marvel at the advanced culture of this Roman city and the Pompeian citizens.  The baths, the homes, the market place and the gardens had all been remarkably preserved under the lava for nearly two millennium. The cataclysmic eruption re-shaped the entire coastline of the Bays of Pompeii, Naples and Sorrento.

Afterwards we will begin our ascent of the slopes of Mount Vesuvius.  Along the way we will be stopping at a local winery and agriturismo for much needed refreshments of food and wine tasting.  This will be our lunch (included) of the day.  Here we will sample the unique Lacrima Christi (tears of Christ) wines, paired with local products from the slopes of Mount Vesuvius. The tastings are held on the terrace (weather permitting) overlooking the Mediterranean.

Before returning to Sorrento we will continue up the slopes of the volcano in a special 4x4 vehicle called a “ “Busavia” to the observation area, the rest of the journey to the crater is on foot for those who are still willing! Supper will be on your own this evening and overnight in Sorrento.

Day 4—Caserta—Palazzo Reale & Caserta Vecchia
Today will be a full day excursion to the Province of Caserta, slightly north of Naples. We will visit the Royal Palace (La Reggia) of  the Bourbon Royal Family. A splendid palace, a gracious garden, and all the opulence you'd expect from a royal residence is found at the Palace of Caserta. It was built by King Charles when he took the throne of the Kingdom of Naples, wanting to establish a prestigious place that would be "fit for a Bourbon king". The magnificent mansion and gorgeous gardens were meant to rival the splendor of Versailles in France, Schonbrunn in Vienna  and Palacio Real of Madrid.  and act as a symbol of the new kingdom. Charles enlisted the architect Luigi Vanvitelli to design the palazzo; the foundation stone was laid on January 20, 1752, on the king's 36th birthday. 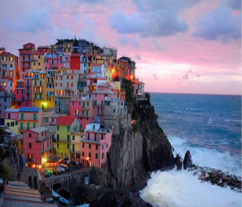 Day 6: AMALFI  / Relax Free time
Amalfi is a town in a dramatic natural setting below steep cliffs on Italy’s southwest coast. Between the 9th and 11th centuries, it was the seat of a powerful maritime republic. The Arab-Norman Sant' Andrea cathedral at the heart of town, with its striped Byzantine facade, survives from this era. Today will be a day at leisure to discover the beauty of this wonderful coastal resort, or to explore the area. You tour escort will give you a brief orientation of the village before setting you free to enjoy its wonder.  You can take a local bus and visit Ravello, or if you like the beach take a plunge into the blue water of the Mediterranean Sea. Alternatively, you may want to take time to relax  and people watch in one of the many outdoor cafes or bars sipping some ice cold Limoncello. See  “L’arte di fare niente” on the next page for instructions on some Italian Style Relaxation.  Supper will be on your own. Overnight in Positano.

The ground moves, the earth shakes, and scalding, stinking steam rises from hissing fissures in one of the most seismically active volcanic landscapes on Earth.  [Sofia Costanza Brigida Villani Scicolone, or Sofia Loren is a native of Pozzuoli.]